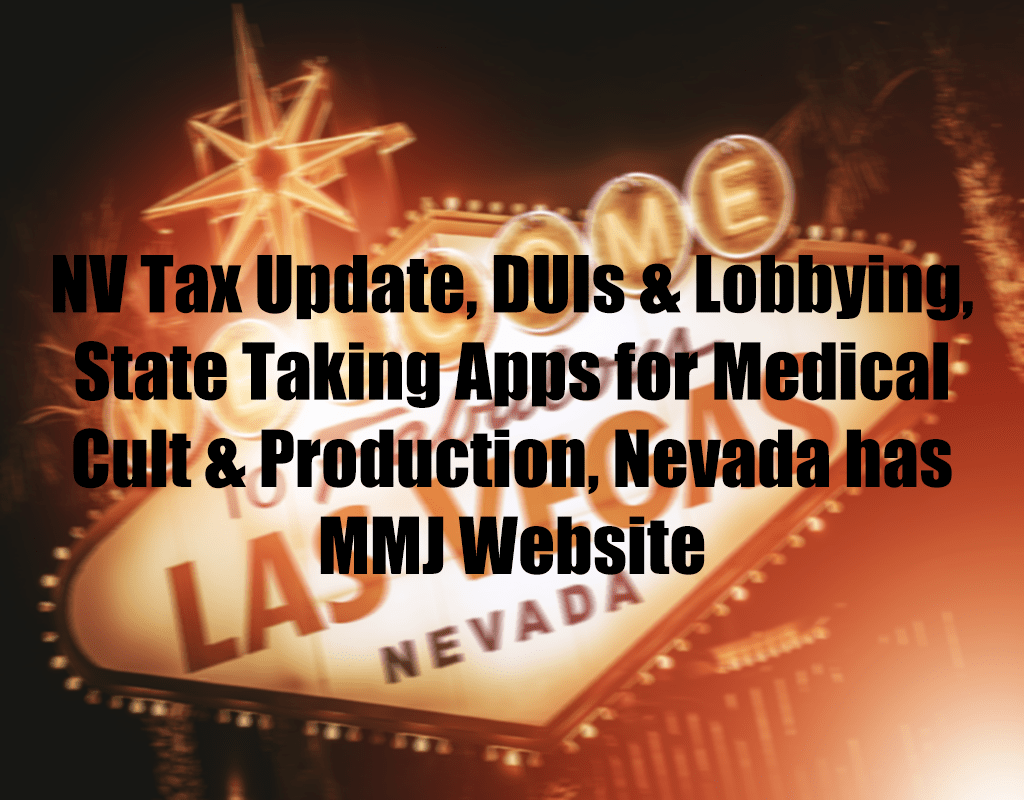 The Dec. 20th luncheon had a lot going on. Jorge Pupo, Deputy Director of Marijuana Enforcement told the industry to be ready for audits. He said that there were some glitches with METRC but pretty soon, he warned, the state will want to see a Marijuana Enterprise (ME)’s books reconcile to the METRC records. He said the department is reassessing the security cameras and off-site storage-due to the costs.  He also said that the state will be looking to see how well the MEs are following their charitable promises. Jorge reminded the audience that permanent regs will be heard at the Jan 16th tax commission meeting. Steve Gilbert, Marijuana Program Manager with the Department of Taxation, went over the timelines for various marijuana licenses. Craig Mueller, Esq. discussed the problems with the exceptionally low nanograms (2) for marijuana DUIs and how there is no rational basis. Rocky Finseth, one of Nevada’s top lobbyists & CEO of Carrara Nevada, said now is the time to start working with legislators. This period before the next legislative session is the time to build up credibility with legislators and find a lobbyist that will know your issues. The industry must be unified in its issues. It will be tougher this time without Senator Tick Segerblom and the industry needs to support its candidates.

Giving Back to the Community – Sahara Wellness 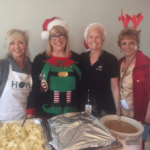 Last Saturday, Dec. 9th Sahara Wellness hosted a Holiday Dinner for their customers and neighbors. They fed 200 people with 15 turkeys and 10 hams. LVMMA’s VP Jim Lamb helped cook one of the turkeys. Many from the industry helped Brenda & Alex: Susan & Curtis Bunce of DB Labs, Patrice Sowers of HOPE, Nurse Julie of Cannabis Nurses, Tara Lynn & Glenda Shaw. It’s a great example of how the industry can give back to the community.

While much of our focus on the burgeoning cannabis business has been on the US, big things are happening in Europe and Canada as well. Notable in Europe is Swiss company CBD420 which sells a CBD solution with only 0.2% THC (making it legal in most European jurisdictions except the UK). Like the US, CBD420 faces some regulation irregularities: the company is not allowed to promote their products as medicinal, despite CBD’s known beneficial attributes. Nonetheless, demand is huge and the company is growing. Europe also shows positive signs of a worldwide cannabis legalization trend: some jurisdictions like the Netherlands and Portugal have allowed legal cannabis for years, and others such as Germany recently allowed medicinal cannabis consumption. In the UK, the King’s College in London is free to study the plant and recently embarked on a study to find optimal CBD-to-THC ratios for medicinal uses.

Meanwhile, in Canada, excitement is growing about the financial implications of country-wide legalization. Legalization is expected to pass in 2018; revenue expectations for recreational cannabis are pegged at $2.3B to $4.5B by 2021. (The US can expect a market size of $7.1B to $10.3B by the same year.) These figures do not include anticipated medical marijuana sales-while some existing consumers will transfer to recreational sales, much new growth is expected. As cannabis laws around the western world loosen, the market can only grow larger and larger. Info.

More Than 25% in Nevada Adults Have Purchase MJ

Tick Segerblom buy at The Source

More than a quarter of the state’s adults, according to a survey taken late this summer, have purchased marijuana. The figure comes from a representative sample in Nevada of 200 interviews. The survey concluded that 28% of Nevada adults over the age of 21 have purchased cannabis within the past six months. Link 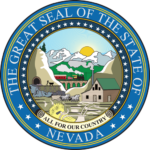 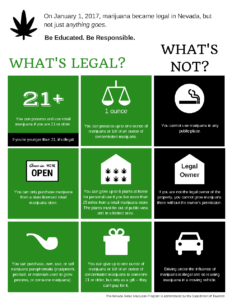 Taxation has a new Website on marijuana. Besides consumer warnings, it has a list of the latest approved retail dispensaries (58). It has the penalties for consuming in public $600 and growing plants within 25 miles of a dispensary, ($600). It also points out that consuming marijuana might prevent one from buying a gun or that marijuana charges could endanger student financial aid and/or housing and marijuana is illegal in national parks. Link